The Black and White of Racism-MUST read!

Don’t hate me because I’m white!

Even though I grew up in a predominately white middle-class neighborhood, I have never been racist. When the first black families started moving into the neighborhood I was more curious than anything else. It’s still a family joke about how they could always find me sitting at the table whenever our African-American neighbors had big family barbecues. (I’m so fair skinned I stick out like a sore thumb- even with other whites).

I have always empathized with the struggle that African Americans have endured. As an Irish American, we share many common threads. The Irish were sold into slavery, along with Africans. The Irish slave trade began when James VI sold 30,000 Irish prisoners as slaves to the New World. His Proclamation of 1625 required Irish political prisoners be sent overseas and sold to English settlers in the West Indies. By the mid-1600s, the Irish were the main slaves sold to Antigua and Montserrat. At that time, 70% of the total population of Montserrat were Irish slaves.

Ireland quickly became the biggest source of human livestock for English merchants. The majority of the early slaves to the New World were actually white. After emancipation, the Irish and Africans both faced prejudice and abuse for years. It’s been a tough road. I get it.

I recently heard about a book by Waylon Allen, called ‘The Black and White of Racism’. I was drawn to the book initially because of the back story that motivated the author to start writing. It was actually a conversation with his (white) teenage granddaughter.  She told her grandfather that she did not like white people. She believed that most white people are racist. She also had strong feeling about police officers being racists and “bad cops”. Mr. Allen was shocked and understandably confused. He felt strongly that he had to address this and set things right. He sat down and he began to write…from a place of love.

I read the book from cover to cover, in one sitting…with a raging migraine. This should illustrate the compelling nature of this enlightening information.

The book should be mandatory for students. Mr. Allen illustrates how a slanted version of history has contributed to years of misunderstanding, resentment and fear.

The truth that the author uncovers is a game changer.

The practice of slavery is disgusting and barbaric, but the blame goes much further than the cruel slave-owners. (Some of which were actually black)

Slavery and human trafficking is alive and well. Thriving, actually. Like many other atrocities, it is a global money maker...a multimillion dollar business. For thousands of years greedy, heartless people have become rich through this horrific practice. Everyone involved has blood on their hands. The blame must be shared. It was actually black African men that rounded up the slaves that were sent to the New World.

There are so many unbelievable revelations in this book it will change your whole way of thinking. For example, the way that politics and the media manipulate race relations, and how it’s beneficial to keep the climate of hatred alive. You will start to see how we are all pawns in this emotional manipulation of misunderstanding and half-truths.

Read this book. Tell your friends and family about it. It’s time to unite as a people. Now more than ever.

As Mr. Allen says, We need to get to a place where we refer to ourselves as American citizens... not black, not white, not brown...American 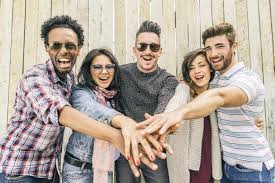 If you like my writing, check out my books!